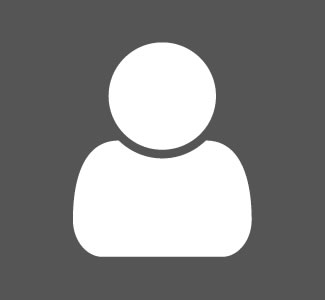 Marcia Hart is a University of Missouri graduate with a Ph.D. in Veterinary Pathology.

Marcia Hart grew up caring for animals. Living on a small farm in Kansas, she interacted with animals every day, and fondly remembers petting and talking to each of the animals her family cared for.

“I was always following my dad when we went out to do chores,” she said. “They tell stories sometimes that when I was younger and I got in trouble, my parents would threaten to take away my chore time, so I would have to stay inside and do something else and I couldn’t go with my dad to feed the cows.”

It was this passion that inspired her to pursue a career as a veterinarian, and receive her degree in Veterinary Medicine from Colorado State University. After this great accomplishment, Hart was not finished learning. She decided to return to school to complete a residency program in lab animal medicine.

“I became interested in lab animal medicine as a potential career. I then started looking for potential residency programs, and Mizzou popped up on my radar.”

The research caliber at MU also drove Hart to consider the move to Columbia, where she completed a combined residency and Ph.D. in Veterinary Pathology here at the University of Missouri.

For Hart, it made sense to begin working in the Comparative Metagenomics lab here at MU, as she has always been interested in helping people and animals alike. Her research assesses the impact of gut microbiota on comparative mouse models of human gastrointestinal and neurodevelopmental disease. In other words, she examines the differences in the complexity and composition of the bacteria that lives inside the human stomach and intestines to see how it can affect different diseases like inflammatory bowel disease and autism.

“We are learning how [the gut bacteria] are contributing to health and disease.”

For her graduate research, Hart focused on the microbiota, the bacteria, of the gastrointestinal system when dealing with Inflammatory Bowel Disease (IBD). Hart uses animals to see how these microbiota act in humans.

“Bacteria have a role in health and disease in both humans and animals,” she said.

Hart used animals, specifically mouse models, to see how these microbiota act in humans with IBD.

“In mice, we know that a simplified microbiome has a different impact than a more complex one.”

But humans, who travel from their homes for work, school, and socializing, are exposed to different environmental factors.

“We don’t just habitate a tiny little area,” Hart explains. “So making sure that the mice closely mimic what human disease looks like, to make a better model, is really what we are doing. But along the way it also gives us insight into the mechanisms of how human disease works.”

There is currently no cure for IBD, so this research could help to create treatments or find ways to make symptoms more manageable. To do this, Hart examines what bacteria is passed from the mother mouse to the pup, or baby mouse.

“My projects look at the transfer of bacteria from Mom to baby, and then I look at the disease incidence in the pups, as they grow up to be adults.”

The mother mice are coming from different locations and have different kinds of bacteria. They then pass this bacteria to their pups, which creates a population of mice with different GI bacteria.

“The idea is that the differences in those microbial communities in a mouse (the pup) that is susceptible to disease is going to be different.”

Hart studies fecal matter samples from mice, a dirty job with fascinating results. She has shown that different bacteria can affect the severity of disease symptoms.

“Initially my research was really cool, because it showed that a mouse from area A has less disease than a mouse from area B or C,” says Hart. “When we start looking at it, the genetics of that mouse is exactly the same, but their gut microbial communities are different. That tells us that it is the microbial communities that are making the diseases worse. They are actually protecting mouse A.”

She picked this subject area, because of her interest and curiosity.

Her Ph.D. research has focused mostly on IBD, but Hart hopes to look more at the connections between the gut and the brain now that she is in a faculty position with the MU Mutant Mouse Resource and Research Center (MMRRC). Now, she wants to explore how the bacteria in the GI tract may potentially affect or influence the development of the brain, specifically with Autism.

“To me, it’s just fascinating that the systems are so far apart, so how could the gut be communicating to your brain and vice versa.”

After reading about how GI bacteria could affect other systems in the body, Hart became fascinated in how the gut bacteria could potentially play a role in what they call the “gut-brain access.”

By understanding the bacteria in the body, researchers could potentially lessen symptoms to make diseases much more manageable.

This research could also affect the use of therapeutics and prescription drugs. Once the GI bacteria is understood, researchers may be able to see how certain drugs work for some individuals and not for others.

“When we have a better understanding of what those bacteria actually do, it will lead to more opportunities to treat disease.”

Mizzou was a great choice for Hart because she was introduced to amazing research opportunities. But she also loves the University for everything that the area has to offer. She enjoys Columbia, because of the hiking trails in the region, and to this day, Hart enjoys working with her animals and spending time in the outdoors.