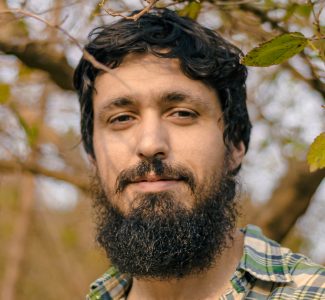 Santiago Beis is earning a Master’s of Music at the University of Missouri.

The image of North America is the land of opportunity and diversity, said Santiago Beis. It’s what felt like he was embracing as a master’s degree student in the School of Music at the University of Missouri (MU). He said he appreciates the opportunity to share his culture, his view of music, and his background.

The Mizzou New Music Initiative made Santiago want to apply to the master of music in composition degree. It brings together a diverse array of programs intended to position the School of Music as a leading center in composition and new music. The music faculty and staff gave Santiago Beis a warm welcome when he moved to Columbia, Missouri from Rivera, Uruguay, in September. They were encouraging during the Covid-19 pandemic, he said. “It feels great to be at MU. I am grateful and full of energy and ready to start a new phase of my life. When you move from another country, you don’t know anyone. You don’t know if you’re going to fit in or be accepted. A lot of things are happening psychologically, socially, economically, and you’re really exposed. I’m from a small town where everyone knows each other, so I am getting used to the size of Columbia.”

He loves the music program and his teaching assistantship in the area of theory with Neil Minturn, Ph.D., and there will be opportunities for festivals and music performances in the future, he said. Music has always been a part of his life, with all his family members being musicians, but he is the only one who pursued music as a career. Santiago has played piano since he was four; he also plays the saxophone and the flute and likes jazz, fusion, electronic music, and concert-oriented compositions to ensembles.

Due to the Covid-19 pandemic, his classes have been online. Since they are performance-oriented, it’s been challenging as a composer because he doesn’t have many opportunities to speak with other performers, be with them in person, or visit their rehearsals during this time. Although he has been in touch with performers from Columbia and Brazil, they will be performing through recordings or live streaming.

The music program has been dynamic and flexible. He is studying counterpoint in music, history, and analysis in theory, but the main focus is composition that gives him the space to develop parallel projects. He found noticeable differences in the graduate studies in South America, where the master’s generally is focused on research and writing, and in North America, where the program has a more direct approach that gives students a good understanding of performance and the practical aspect of music composition.

“Understanding my perception, others perception, and how to gain a perspective of empathy and space and have a collective experience, it’s not about my own desire to sound a certain way or give someone a certain kind of sound or a specific sensation. Music is collective but I came to realize music is also my own property from my personal experiences or my own musical genius. That’s a relatively romantic idea of how we experience life and art,” he said. According to Santiago, music breaks cultural barriers and shows that you can understand more about differences by studying music. It’s about how we can give value to differences, and not about unifying the experience.

Since he’s been at MU he received the Sinquefield Composition prize, which is the annual competition for music students. He submitted a selection of his previous work that had won a competition in Brazil. The award will give him the opportunity to write an original work for one of MU’s premiere large ensembles and have his music performed and recorded. He will also have the opportunity to write a musical piece for the New York Philharmonic. Next year, he will participate in the RED NOTE New Music Festival, a week-long event that features outstanding performances of contemporary concert music at Illinois State University.

Mizzou’s music program is preparing him for the future by helping him learn how to maintain a different rhythm. He is learning how to work and produce with strict deadlines. And that there is a purpose for each word he uses since it’s important for composers to have an understanding of when the pieces will be played, he said. Along with learning timing for career management as a musician, he is gaining a foundation in the history of music.

“The program will also help me better understand how to be in a classroom and help orient students through my music theory teaching assistantship. The students are open to learning more. I like teaching, sharing, seeing how the students grow and how they are inspired,” he said.

After he completes his master’s program, he plans on applying for a doctoral degree in music composition. He’s also interested in studying the cognition and psychology of music.

Santiago credits the Sinquefield Foundation and all the support he has received from the composition faculty in the School of Music and during the pandemic for a successful transition. “I had five mentors, Stefan Freund, D.MA., Jacob Gotlib, Ph.D., Carolina Heredia, D.MA., Neil Minturn, Ph.D., and Yoshiaki Onishi, Ph.D. They have been a light of hope with their kindness since day one,” he said. They made it possible for him to study at Mizzou. “It was a miracle,” Santiago said, with their guidance, they helped him transition from Uruguay to the United States during the pandemic.